The Shadow Darner Opus
is available
​for Licensing through these valued providers
About Crumbs Music:  Ray Williams, founder and CEO, has more than 50 years of experience in the music and film industries. As head of A&R for Liberty Records, he discovered Elton John and introduced him to lyricist Bernie Taupin, forging one of the most prolific songwriting teams in rock history. He managed Elton during his first five albums and also managed Gerry Rafferty’s Stealers Wheel and Jeff Lynne. Ray has been the music supervisor on more than 70 films and TV projects, including the Academy Award-winning film The Last Emperor and the Sundance Best Independent Film Winner Saving Grace.

About Songtradr:  Our world class platform empowers music makers with a comprehensive set of tools and services to professionally manage their careers, while our automated marketplace and talented music supervisors streamline the music discovery and licensing process.

About CD Baby Licensing:   CD Baby Licensing has the largest catalog of commercially released independent one-stop music pre-cleared for both sound recording and publishing rights.These are pre-cleared rights let licensees have any genre of music at their fingertips without the need to contact anyone else for clearance or rates. The CD Baby Licensing catalog - which is all Shazam-able - can be filtered and curated by the location of release, by 800 sub-Genres, and numerous other methods. 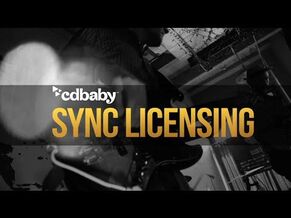 indieTracks is a division of the AirCraft Music Library. AirCraft has been a major source of stock music to production professionals for over 25 years. AirCraft music cuts can be found everywhere, including radio, corporate videos, national advertising and on the web.
Right now the AirCraft library consists of over 200 disks (2,000+ songs) representing a broad range of genres, themes and eras. Every cut is available as a :60, :30 or full-length edit (2-3 minutes along with an alternate mix). Split Tracks For Assembly And 5.1 Surround Mixes Are Also Readily Available Upon Request.

Plus, AirCraft has several composers on call to create custom music for near stock prices and with a quick turn around. The library is currently available on CD, DVD, or hard disk in your preferred file format: wav, aiff, mp3 (with ID3 tags for use in iTunes or other similar programs for easy searching) or Soundminer-wrapped broadcast wave.